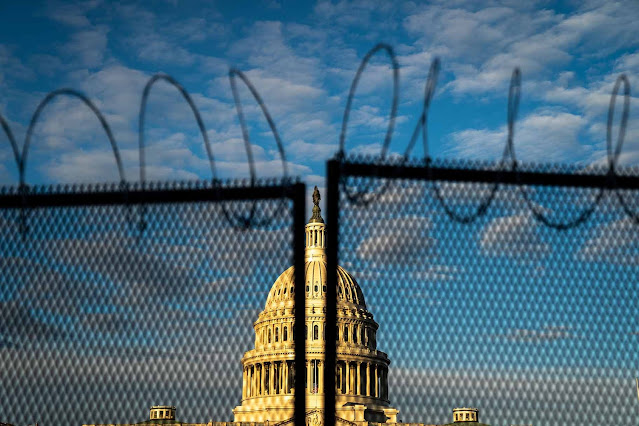 To assess the legacy of Donald Trump’s presidency, start by quantifying it. Since last February, more than a quarter of a million Americans have died from COVID-19—a fifth of the world’s deaths from the disease, the highest number of any country. In the three years before the pandemic, 2.3 million Americans lost their health insurance, accounting for up to 10,000 “excess deaths”; millions more lost coverage during the pandemic. The United States’ score on the human-rights organization Freedom House’s annual index dropped from 90 out of 100 under President Barack Obama to 86 under Trump, below that of Greece and Mauritius. Trump withdrew the U.S. from 13 international organizations, agreements, and treaties. The number of refugees admitted into the country annually fell from 85,000 to 12,000. About 400 miles of barrier were built along the southern border. The whereabouts of the parents of 666 children seized at the border by U.S. officials remain unknown.

Trump reversed 80 environmental rules and regulations. He appointed more than 220 judges to the federal bench, including three to the Supreme Court—24 percent female, 4 percent Black, and 100 percent conservative, with more rated “not qualified” by the American Bar Association than under any other president in the past half century. The national debt increased by $7 trillion, or 37 percent. In Trump’s last year, the trade deficit was on track to exceed $600 billion, the largest gap since 2008. Trump signed just one major piece of legislation, the 2017 tax law, which, according to one study, for the first time brought the total tax rate of the wealthiest 400 Americans below that of every other income group. In Trump’s first year as president, he paid $750 in taxes. While he was in office, taxpayers and campaign donors handed over at least $8 million to his family business.