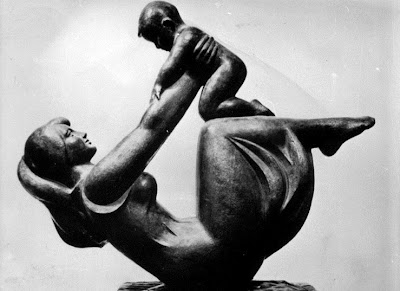 Cardinal Bergoglio raises the alarm: Denying baptism to children born out of wedlock is a form of “pharisaic Gnosticism” that “drives people away from salvation”


He almost apologised for the strong impact of the chosen image: that of an unmarried mother, a “poor girl” who beat the temptation instilled in her by some to abort, who had the courage to bring her child into the world and who then “found herself on a pilgrimage, going from parish to parish, trying to find someone who would baptise her child.”


The Archbishop of Buenos Aires, Jorge Mario Bergoglio, did not hesitate to reprimand the reason that is repeatedly given to justify “denied” baptisms: “I say this with sadness and if it sounds like a complaint or an offensive comment please forgive me: in our ecclesiastical region there are presbyteries that will not baptise children whose mothers are not married because they have been conceived outside holy wedlock.”


This unique call for an end to the use of sacramental blackmail to subdue the hopes of those who want their children to be baptised, was pronounced Sunday by Fr. Bergoglio in his homily, during the closing mass for the Convention of the ecclesiastical region of Buenos Aires. The convention examined the issue of urban pastoral care.


In this “hijacking” of the sacrament that marks the beginning of Christian life, the Jesuit cardinal sees the expression of a rigorous and hypocritical neo-clericalism which also uses the sacraments as tools to affirm its own supremacy. For example by rubbing the fragility and wounds of faithful in their faces or by dampening the hopes and expectations of those who supposedly do not fulfil the “requirements” in terms of doctrinal preparation or moral status. Not only are such pastoral models misleading, but according to Bergoglio, this modus operandi distorts and rejects the dynamics of Christ’s incarnation, which is reduced to a mere doctrinal slogan to serve the interests of religious power. “Jesus did not preach his own politics: he accompanied others. The conversions he inspired took place precisely because of his willingness to accompany, which makes us all brothers and children and not members of an NGO or proselytes of some multinational company.”


A dynamics of closeness and liberation that finds an objective and lasting expression in the gift of the sacraments. But according to Bergoglio, by clericalising the Church, the hypocrites of today “drive God’s people away from salvation.” They are the followers of the “Pharisees’ hypocritical Gnostisism,” which Jesus always turned his back on, “appearing among the people, the publicans and the sinners.”


Bergoglio’s words express a concern that has been evident in the Catholic Church of Buenos Aires for a while now. The archdiocese has, for a number of years now, - taking stock of the insights of Fr. Rafael Tello, the theologian of the poor and of popular worship who passed away in 2002 - been suggesting pastoral approaches to facilitate the baptism of children, young people and adults who because of various life circumstances and given today’s secularisation, were not baptised. This does not mean any conditions will be added to the existing principle contained in the Code of Canon Law, which states that it is the parents who request that their children be baptised.


The aim is to ensure that no parent - starting with those whose family situation is irregular - leaves their parish because for some reason, someone took it upon themselves to deny baptism to said parent’s children.
aqui
Publicada por Malomil à(s) 13.3.13