In O’Neill’s play the choric banter between Joe Silva and his buddies continues beyond his smacking his lips “lasciviously.”  Turning to another of his companions, the Captain promises jokingly (in bad taste): “I’ll water your grave every Sunday after church!  That’s the kind of man I be, by God.  I don’t forget my friends when they’re gone!” (818)  Later he offers testimony on the existence of ghosts: “There is ghosts, by God!  My cousin, Manuel, he seen one!  Off on a whaler in the injun Ocean, that was.  A man got knifed and pushed overboard.  After than on moonlight nights, they’d see him a-settin’ on the yards and hear him moanin’ to himself.  Yes, sir, my cousin Manuel, he ain’t no liar neither—’ceptin’ when he’s drunk—and he seen him with his own eyes!” (818-19).  Incidentally, as I read about Captain Manny Zora’s many and various exploits—the weathering of squalls and storms at sea and his evasion of Coast Guard captains hell-bent on bringing him in—I thought that this historical avatar of the Provincetown fishing boat captain may be a precursor of the fictional grandfather in Leaving Pico, Frank X. Gaspar’s Provincetown novel of a couple dozen years back. [8]  If the whopping storyteller, the Portuguese John Joseph Carvalho, captain of a dory he has grandly named Caravella, who will not die until he has finished telling his tale to his grandson, ever had a precursor, he could have been Manuel Zora.  The trick-mirror opposite of Manny Zora,  skipper of the 38-foot “Mary Ellen,” fabled fisherman, and ultra professional rum-runner, John Joseph is merely “a notorious poacher and scavenger, a drunk with no visible means of support except for his over-the-side dory fishing” (2).
George Monteiro 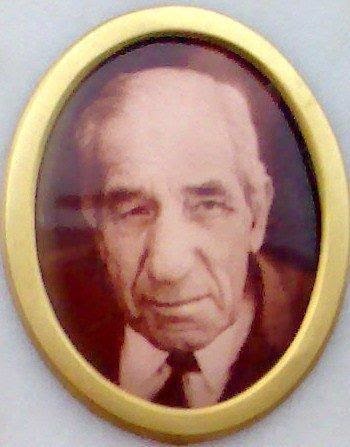